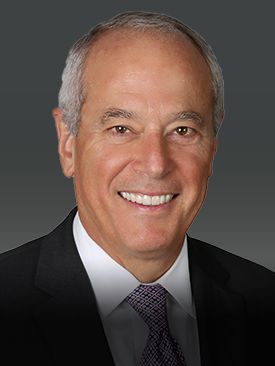 Last week, Law.com published an article detailing the childhood that prepared Attorney David Bianchi for his high-profile career as a formidable litigator. In it, they discussed how Bianchi kick-started his career in the 1970s by serving as a congressional page.

As only a high school junior, Bianchi moved to Washington, D.C. on his own—the only New Yorker admitted into the program. For $1 a night, he rented a room and worked at the Library of Congress, starting at 6:30 a.m. every morning. There, he took classes until 8:30 a.m., grabbed breakfast in the basement cafeteria, and went to the U.S. Capitol across the street to work for members of Congress.

One of his primary jobs was to raise and lower the American flag. To accomplish this, he needed to get to the flagpole on the U.S. House—requiring a ladder and a trapdoor. It was a job that, as Law.com put it, “[hinted] at the agility that he would need as a litigator.” Bianchi remembers that “the view on the roof of the Capitol was unbelievable. It was magical to be up there.”

Seeking Justice for the Victims of Hazing

The article also focuses on Bianchi’s passion for seeking justice on behalf of hazing victims. This includes the trial win that opened the door to drafting legislation in Florida known as the Chad Meredith Act. Named for an 18-year-old University of Miami student who was killed after heavy drinking, the Chad Meredith Act is an anti-hazing law that makes hazing a criminal behavior in the state of Florida. It was drafted after Bianchi helped Meredith’s parents win a $14 million verdict, which was the largest at the time for a fraternity hazing death. “Hazing has really become a passion of mine because I think it’s terrible that these young guys are dying," said Bianchi.

Bianchi was only 26-years-old when he took on his first product liability case. It involved a college student just five years his junior at the time. His client had lost both his eyes after being hit by a stern cleat ripped from the deck of a boat and flung into his face at approximately 100 mph.

To learn more about Attorney Bianchi, check out the Law.com article today! (PDF)