This past Saturday, the attorneys of Stewart Tilghman Fox Bianchi & Cain, P.A. gathered together to help a cause near and dear to their hearts: the American Red Cross. Our team is deeply and personally invested in the work of the Red Cross. Julia Rea Bianchi is the Board Chair for The Greater Miami & The Keys Chapter of the American Red Cross, and the event was co-chaired by our very own Dax Bello and his wife Janine. The event was also attended by Stephen Cain and Michael Levine and their wonderful wives.

We’re happy to report that the Ball was a resounding success.

The event raised hundreds of thousands for the Red Cross, an organization that depends entirely on private donations to serve millions in the U.S. and abroad. STFBC served as a Humanitarian sponsor for the event. We are incredibly proud of the Bello family and the Bianchi family for their dedication to the health and welfare of our communities throughout Miami and the Keys. 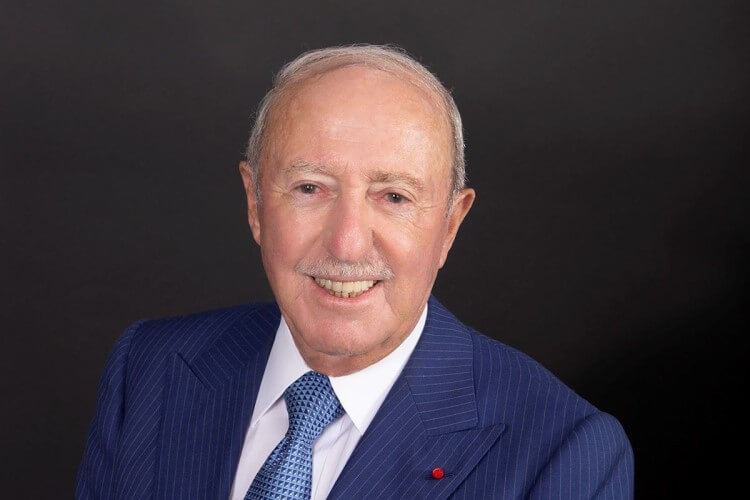 In one of the evening’s many highlights, David, who fondly introduced himself as Julia’s husband, gave a powerful speech to honor his best friend, Bernard Darty who provided one of the most notable contributions to the Red Cross Service to the Armed Forces division in its history.

Bernard, in an incredible act of generosity and gratitude last November, gave $1 million total to the Red Cross and the Wounded Warrior Project only weeks before he died. Each organization received $500,000 from Bernard and his wife Paulette, both survivors of the Nazi occupation of France. His donation is the largest individual contribution ever given to the Red Cross Service to the Armed Forces (SAF) division in its history. It's also one of the largest ever provided to the Wounded Warriors Project.

When Bernard was 10 years old, he and his family were in hiding from Nazis in his hometown of Savigny-sur-Orge. The children of the town were on the brink, "half-starved" and "war-worn," when American troops liberated the town from German forces on August 24, 1944. More than 70 years later, Darty found himself similarly moved by the efforts of the rescue teams serving in the wake of hurricanes and wildfires all over the country.

Bernard asked officials at the Red Cross of Greater Miami and the Keys how he could contribute to the veterans of military service and rescue missions, eventually putting him in touch with the SAF and the Wounded Warriors Project. Bernard and Paulette never wavered in their awe and gratitude for the American service members to whom they owed their lives and the lives of their children.

Raising Money in Honor of Bernard & the Armed Forces

In memory of Bernard, David spoke about the importance of the Red Cross for supporting our service members at home and abroad. David's own nephew is serving in Somalia and relies on the Red Cross for his work. Thanks to Bernard's story and David's heartfelt speech, David helped raise $91,000 from the podium for the Red Cross Services to the Armed Forces—a massive gift that will go toward providing both veterans and active-duty members with vital support.

Bernard died at 84 on December 17, 2018, but his incredible story lives on. Read more about his life in an article about his unprecedented act of gratitude. You can also watch an excerpt of David’s speech here:

To follow in Bernard's footsteps, contribute to the Red Cross' ongoing efforts around the world.